Naïssam Jalal has invited in this trio, the talented Bresilian pianist Leonardo Montana and the amazing French Armenian double bass player Claude Tchamitchian in search of the Invisible. This music program is at the cross-road of extra-western, traditional mystic musics and modal jazz. The silence has a central place and the rhythm always leads towards trance in a repetitive and hypnotic shape. Sometimes the voice comes to help the other instruments to get in touch with the Invisible.

Hamid Drake was invited on 4 titles of the double album released on March 1rst 2019. The album won the « Victoire du Jazz 2019 » the highest jazz award in France and has recieved critical and public acclaim since the release. The trio gave already numerous concerts and many others are planned in Europe, America and Africa. 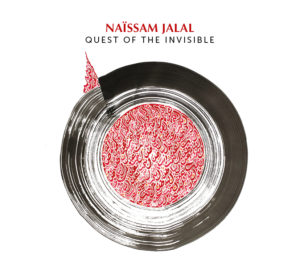 « In the luminous double album Quest of the Invisible, the magic is there, the invisible becomes palpable, the trio lifts us from reverie to trance. » – Fip

« A quest that oscillates between shadow and light, contemplation and trance, silence and music. Naïssam Jalal approaches the shores of spirituality with a totally invested quartet . » – France musique

« It has been a while since we felt that the DNA of a masterpiece was flowing in Naïssam Jalal’s veins. – Grigri

« Silence resounds in the muffled strokes and the invisible takes shape in the repetitive notes of the piano, the evanescent lyricism of the strings and the oriental reminiscences of the flutes. » – Télérama

« Naïssam Jalal opens the transparent door that leads to the space within by holding onto the immaterial thread of music. Eight pieces channeled by the pure breath of the flute and the nay, enveloped in celestial songs, traversed by hypnotic rhythms, with the almost supernatural complicity of Leonardo Montana, Claude Tchamitchian and Hamid Drake. This fifth album is his Love Supreme. » – Jazz Mag ****

« This album, as successful as it is amazing, sounds like a fine ECM production out of the nest. » – Jazz News (Indispensable)

« In her perpetual quest for vibrations and emotions, the precious Naïssam Jalal elaborates subtle sound spaces rich in reminiscences and colors. A hypnotic and mystical jazz. » – Hiko’s chronicles

« Irrigated with lyricism, Quest of the Invisible is an intense and moving opus, inhabited by mystery and a soothing fullness. » – Amina